You cannot visit this site

Limited Offer FREE SHIPPING in local area and on UK purchases £30 and over. 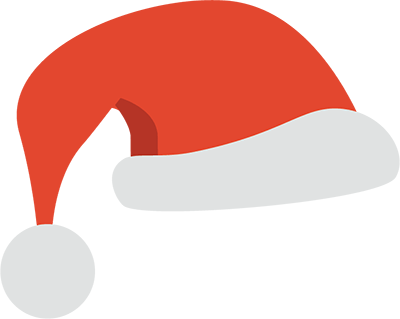 Join our newsletter and we'll send you a 10% Off Voucher for your first order.

Are you sure you wish to logout?

Pig’s Bay is a coastal area in East Shoebury, a small beach land area in Shoeburyness and the beach adjacent to Foulness Island.

Essex has a deep history in smuggling given its location in being ideally located as the closest point for sea access to northern west Europe – France, Belgium and the Netherlands. Essex is ideally situated close to London and provides great transport links via the Thames and over land. The most eastern part of Essex where the Thames opens into the North Sea has many small islands known as the Essex Archipelago with many inlets, creeks, rivers and flat beaches on which Smugglers could land their ill-gotten goods.

Pig’s Bay with its beach and location at the mouth of the Thames and in the centre of the Archipelago is rich in the smuggling history and stories.

Research Reference – The book “Smuggling in Essex” by Graham Smith.

The coast of Eastern Essex has proved a popular haunt for smugglers using the Rivers Crouch and Blackwater to land contraband from France, Holland and Belgium.

A large percentage of the population was involved in smuggling either directly or indirectly which may well have involved your ancestors although of course it probably won’t be written down anywhere.

The items smuggled were those which were taxed in England – silk clothing, tobacco, tea and alcohol mainly brandy and geneva (now known as gin)

The first Essex smugglers smuggled wool into Europe to take advantage of the high taxes then levied on wool in the Continent. Economics of the sea trade meant that they made even more profit if they brought a cargo back to Essex and an even larger profit if it was liable for tax in England.

The golden period for smuggling was from 1730 to 1830 when smugglers pitted their wits against the Revenue men. The trade was so frequent that the Customs employed two cutters manned by up to 30 men as well as riders who patrolled the coast on horseback.

Herbert W Tompkins writes of the local smugglers in his 1904 book ‘ Marsh Country Rambles’ Examine a large map of Essex and you will see how truly the county was made for smugglers. Run you eye along the marvellously contorted coastline from Shoeburyness to St Osyth Point. There are at least 50 well defined rivers, creeks or outfalls; to search the coast for some notorious gang on a dark night was like looking for the proverbial needle in a haystack. What artificial deep ways cut into cliffs were to the Cornish men the sea wall was to the Essex smuggler. Both afforded excellent shelter when goods- whether kegs, bales or what not were being stealthily conveyed up country. The Preventive Officer could see nothing unless actually on the wall in which case if there was enough light to serve his purpose it also served to render him a conspicuous mark for a bullet. A revenue cutter pursuing a small smuggling craft along one of the winding creeks in the neighbourhood of the Blackwater could see nothing of what was going forward on land where even the country gentleman was in league with the smugglers often sending ponies to the appointed landing place to bear the kegs post-haste many miles inland.

We use cookies on our website to give you the most relevant experience by remembering your preferences and repeat visits. By clicking “Accept”, you consent to the use of ALL the cookies.
Cookie settingsACCEPT
Manage consent

This website uses cookies to improve your experience while you navigate through the website. Out of these, the cookies that are categorized as necessary are stored on your browser as they are essential for the working of basic functionalities of the website. We also use third-party cookies that help us analyze and understand how you use this website. These cookies will be stored in your browser only with your consent. You also have the option to opt-out of these cookies. But opting out of some of these cookies may affect your browsing experience.
Necessary Always Enabled
Necessary cookies are absolutely essential for the website to function properly. These cookies ensure basic functionalities and security features of the website, anonymously.
Functional
Functional cookies help to perform certain functionalities like sharing the content of the website on social media platforms, collect feedbacks, and other third-party features.
Performance
Performance cookies are used to understand and analyze the key performance indexes of the website which helps in delivering a better user experience for the visitors.
Analytics
Analytical cookies are used to understand how visitors interact with the website. These cookies help provide information on metrics the number of visitors, bounce rate, traffic source, etc.
Advertisement
Advertisement cookies are used to provide visitors with relevant ads and marketing campaigns. These cookies track visitors across websites and collect information to provide customized ads.
Others
Other uncategorized cookies are those that are being analyzed and have not been classified into a category as yet.
SAVE & ACCEPT